The European Commission has issued a series of awards to companies to develop interactive conversational artificial intelligence. The largest award has been given to Intelligent Voice. 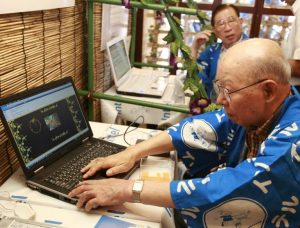 The award given to Intelligent Voice totals 4 million euros and the company will set out to develop an interactive ‘health bot’. This will be undertaken in partnership with several other companies and academia across seven European nations. Partners include Tunstall Healthcare and The University of Bilbao.

The project has been named EMPATHIC. The aim is to develop a conversational ‘Personalized Virtual Coach’, which will help elderly people to live independently within their home. The project is seen as important as the population of elderly people living within the European Union grows.

Advances in interactive conversational artificial intelligence (or ‘conversational computing’) is seen by many social policy makers as essential to future management of elderly people, not least to ease the pressure on social welfare systems. The longer that elderly people can live at home independently the lower the costs on care homes and hospitals.

Each company nominated by the European Commission will focus on generating evidence-based research and integration of intelligent user and context sensing methods. This needs to be through voice, eye and facial analysis; together with intelligent heuristics (such as complex interaction, user intention detection, distraction estimation, system decision); plus visual and spoken dialogue system, and system reaction capabilities.

The New York Times recently named ‘conversational computing’ as one of the five technologies set to ‘rock the world’. Developing a successful spoken dialog systems for the elderly. Needs to ensure that user goals are met and also to implement health goals, via negotiation strategies, so that the user follows and engages with healthy habits.

The Intelligent Voice system aims to apply cutting-edge speech recognition technology. This is technology that has already begun to be used for real-time monitoring of prison telephones, scanning prisoner conversations for code-words that might imply drug trafficking; or scanning radio broadcasts for potential litigation support.

The main challenges for the European project are likely to include real-time speech recognition of multiple languages; and developing appropriate machine learning models to teach the platform about medical topics. The system will also need effective speech synthesis to develop a conversational interface.